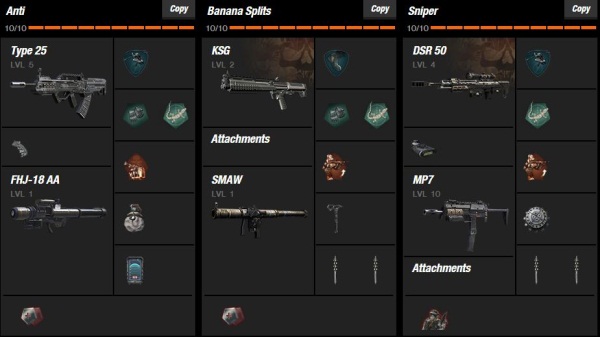 Until around a year ago, I wasn’t much of an online multiplayer person. I played some here and there. Uncharted 2, Call of Duty Black Ops, classic Star Wars Battlefront and Battlefront 2. I did love local multiplayer. Modern Warfare 2, Battlefront, and Halo 3 I would play for hours on split screen with my friends. I also played some Warcraft 3 and Starcraft online as well. In the spring of 2016, a friend of mine sat me down and made me play Overwatch for a few hours. I almost instantly fell in love with it. The art style, the eccentric characters, the gun play all felt amazing. I was converted to multiplayer games and bought Overwatch for myself the next day. Since then, I have put some time into several games I never would have touched before: Lawbreakers and Ghost in the Shell betas, Paladins, Player Unknown’s Battlegrounds, and Fortnite Battle Royale.

I found that I preferred the games where everyone enters the battlefield equal. I liked Uncharted 2 multiplayer more than Call of Duty partially because Call of Duty had loadouts and Uncharted did not. In CoD, each player selects which guns, attachments, explosives, etc their character would start the match with. In Uncharted 2, every player would start with an AK47 and a grenade, but better weapons would spawn in specific locations around each map. The beginning of the game was a rush to get to the weapon you wanted before anyone else. It was simple, but equal. The only things that distinguished one player from another were skill and map awareness. In CoD, I never knew what kind of loadout a player I would encounter would have. Maybe they had been grinding for hours and have unlocked amazing weapons and would have an advantage over me in gear. I would gladly sacrifice gear customization for balance.

I do want to quickly mention how much I appreciate Modern Warfare 2 and its merit based progression. Instead of earning credits to buy gun upgrades and such, you have to play with a gun and accomplish tasks to earn the right to upgrade it. I just would prefer it to be in a single player game(Wolfenstein does this well) rather than a competitive multiplayer game.

One of my absolute favorite things about Overwatch is that every Genji is the same. I know exactly how much health he has, how much damage I can risk from him, what his abilities and cool downs are. There is no advantage one Genji might have over another except skill. I feel similarly about Fortnite BR and PUBG. Every player starts off equal and only skill, map awareness and luck will lead to victory.

I quite liked Paladins, and will talk about it more at a later time, but I don’t like the loadout system, especially because you have to get the loadout items in loot boxes. I think the mid-match upgrades you can purchase are interesting, but it makes it difficult to know what I’m going up against when I see a Kinessa. She could have different health, damage, etc than a Kinessa in a different game.

I understand that this is a matter of personal opinion and it’s a pretty minor issue, but I like to analyze the games I play. I know that many people like loadouts because they are a clear representation of game progression, but the only progression in multiplayer games that I care about is personal skill.

I'm a prospective game designer from Utah. I have a lot of opinions about video games and the industry. My online handle is GrissilyBare View all posts by GrissilyBare